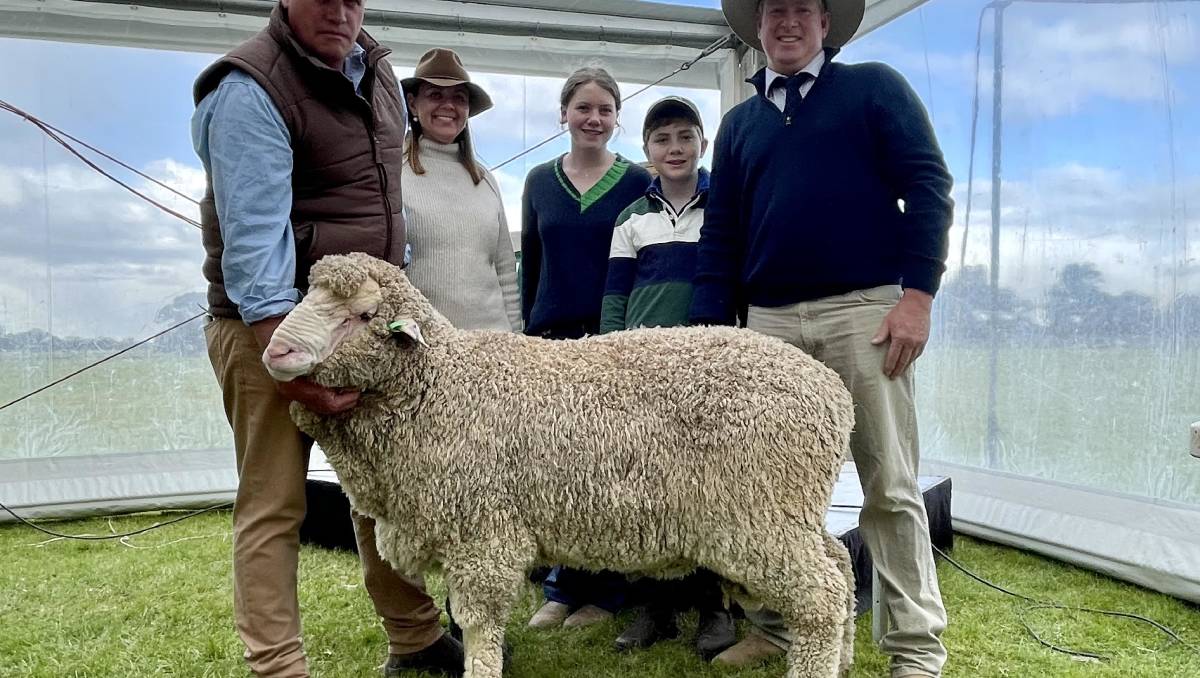 There was no letting up for bidders at the Woodpark Poll 2021 annual ram sale on Monday, the depth of the draft leading to stiff competition throughout the Jerilderie stud’s entire catalogue.

There were 146 of 150 rams offered sold for a very healthy average of $3505 and top price of $6000, reached three times including within the last five lots of the day.

Return volume buyers from the high-rainfall districts of Victoria, to outback Queensland, were able to fill their orders and some even left with a couple of more than planned on board.